Venerable Ajahn Brahm says that the Five Hindrances are the only hindrances between us and awakening.

So doubt is essentially uncertainty, not knowing what to do. We therefore overcome doubt by following The Eightfold Path announced by the Buddha.

Hindrances one and two are opposites. We run toward what we like and away from what we don’t. The middle way is to walk down the middle, not chasing sense desires and not running away from everything else.

Hindrances three and four are closely related. Hindrance three arises from too little energy and hindrance four arises from too much. We can’t be so dull that we lose our attentiveness (and mindfulness is attentiveness) but we can’t be racing with hyper mental activity. The middle way is to pay attention but without ego-identification.

But we don’t make the mistake that Roshi Lou Nordstrom made. When I attended my first Zen sesshin in 1987 at The Bodhi Tree, he told us how in earlier years he attended a sesshin where he sat in full lotus in intense pain, skipping kinhin between sittings, because the guy sitting next to him was skipping the kinhins.

“I let my ego get the best of me,” he explained. “I wanted to prove I was able to sit without kinhin because the guy beside me wasn’t taking kinhin breaks. I wanted to prove I coud endure any pain. When my ligaments snapped, it sounded as if a gun had been fired. I was carried out of the zendo on a stretcher.” 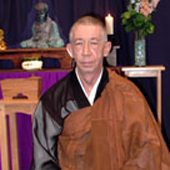 The Five Hindrances have been masterfully explained by the Venerable Ajann Brahm in Mindfulness, Bliss and Beyond and there is no reason to add anything further to what he has said. Our Zen practice will come to naught if we do not fully understand these Five Hindrances.

The reason that most people sit for years and never awaken is due to their failure to establish mindfulness as the first step in meditation, and failure to overcome the five hindrances.

After we have finished a sitting, we review it. What hindrances arose? Did restlessness cause the meditation to end after just a short while? Did sense desire take us to remembering old movie lines and rock ‘n roll songs instead of following the practice?

The Buddha said we need to investigate in this way after a sitting. He said this investigation was the second factor of the seven factors of enlightenment. So let’s not neglect this important step after each sitting.

But most of all, we must remember that it is the five hindrances that stand between us and enlightenment. So we act accordingly. If we cannot overcome The Five Hindrances, at least temporarily, we have no hope of awakening. And we loosen the Five Hindrances, at least temporarily, when we practice Silent Present Moment Awareness.