The first four works were considered to  include the complete works of the Pali Canon. The Khuddaka Nikaya was added afterwards to collect additional suttas of later origin and is now a part of the Pali Canon. The five Nikayas together collectively form the Theravada Nikayas. These five Nikayas are the five divisions of the Sutta Pitaka, i.e., the Sutta basket of The Three Baskets.

The Majjhima Nikaya contains one hundred fifty two suttas, each just a few pages in length, that contain virtually all of the Buddha’s teachings. The suttas are well introduced and well-footnoted by the translators, Bhikkhu Nanamoli (1905-1960) and Bhikkhu Bodhi (a Theravada monk currently practicing at the Chuang Yen monastery about an hour north of NYC). 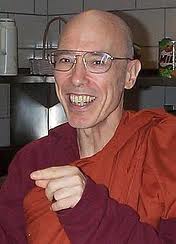 The Satipatthana Sutta is sutta number ten in the Majjhima Nikaya. This is the sutta that teaches the Four Foundations of Mindfulness, the heart of vipassana/insight meditation.

In the Theravada school, some practitioners practice vipassana (insight) meditation to the exclusion of tranquil wisdom meditation. This is known as dry insight but it is said to be as powerful as any other form of meditation and the Buddha called it the “direct path” to awakening.

A good book on the Satipatthana Sutta is The Heart of Buddhist Meditation: Satipatthana: A Handbook of Mental Training Based on the Buddha’s Way of Mindfulness.

Sutra/sutta study can be dull at first but the suttas gradually become more interesting as the loose ends are tied together and we begin to see the big picture.

A Zen or any Buddhist practice that does not include sutra/sutta study is an incomplete practice. In the Mahavedalla Sutta, sutta study and discussion of suttas with others is listed as a requirement for Stream Entry (the first stage of the four stages of enlightenment) along with following the precepts, samatha/calmness or tranquil wisdom and vipassana/insight meditation practice.

However, we have to avoid an overemphasis on sutra study. The monastics of the now extinct T’ien T’ai sect, for example, were reputed to spend so much time on sutra study that they had little time left for meditation. That is why we recommend, at the beginning, reading no more than a few pages per day. Even at that relaxed pace, a mountain of wisdom will be acquired by the serious student in just a few months.

When we read the sutras with an open mind, we are listening to the Buddha. Our wisdom grows incrementally day by day.

Here is a website with a comprehensive list of individual sutras. Here is a link to Dwight Goddard’s anthology entitled A Buddhist Bible.

Obviously, we will never run out of Theravada suttas and Mahayana sutras to read and re-read.

Many Mahayana sutras are of Chinese origin and it takes time to get used to the lofty language. However, even if they seem oddly foreign at first, they become delightful with daily reading.

The average westerner will find the Mahayana sutras to be quite bizarre at first. The soaring descriptions of Buddhas and Bodhisattvas arriving to hear a sermon, complete with some pretty far out names, as well as the extraordinarily strange way of delivering the main teaching of the sutra itself will strike most people as unusual indeed. Yet, the experience of reading such sutras is not to be missed. As they are read and re-read, they work their magic.

It takes a somewhat advanced practitioner to appreciate the subtle teachings of the Mahayana sutras. The Mahayana sutras presuppose that the reader already knows the fundamentals of Buddhism and has already spent many hours in meditation. 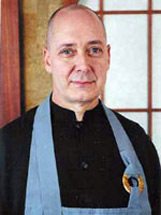 Rather than read works of mental pollution, we should read the sutras instead.

Here’s what Dharma Master Hsuan Hua says about the sutras:

People need air to live, and the Buddhist sutras are the true air in the atmosphere. When we study the sutras, we are breathing in fresh air. We are also taking in food for the spirit. When we cultivate according to the sutras, and tell other people about the principles found in the sutras, so that they can develop faith in the Buddhadharma, we are in effect giving fresh air to people.

The sheer volume and length of the sutras and suttas may be one reason the Zen sect has historically de-emphasized sutra study. Many historians have also pointed out that the Samurai warrior class of Japan was attracted to Zen in large part for that very reason; most warriors in those days were illiterate.

However, we modern Buddhist practitioners have no excuse; we can read and to shun the sutras or the suttas is to knowingly reject the teachings of the Buddha.

The Theravada school rejects the Mahayana sutras as being syncretic, i.e., borrowing from non-Buddhist sources such as Chinese Taoism (Daoism). The Hsin Hsin Ming, one of the most prominent of all Zen Sect chants, is a Daoist (Taoist) chant.

The Zen Sect itself, of course, was created when Indian Buddhism, brought to China by Bodhidharma, blended with Chinese Daoism, the indigenous “religion” of China. The Zen Sect was not brought to China from India as so many sloppy writers have announced. There was no Daoism in India so the blend of Buddhism and Daoism could not have occured before Bodhidharma arrived in China.

And some scholars tell us that Bodhidharma was probably a series of Indian monks, not just one.

But most Zen teachers continue to ignore the suttas.

Some scholars also point out that the Theravada suttas as they have survived over the centuries may not be the actual words of the Buddha as well; there is evidence of tinkering. For example, many scholars point out that an enlightened being such as the Buddha would not have been so reluctant to admit women into the sangha. Those scholars say that lesser men may have put some small-minded words into the mouth of the Buddha. 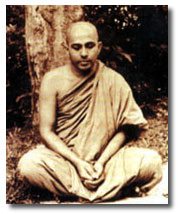 Some practitioners become attached to the words of the Buddha and they forget that the words are pointing at the moon and are not the moon itself. The Mahayana sutras evolved from the original suttas, and broke away from the prison of words that some practitioners imposed on themselves. They point at the moon using much loftier speech than the Buddha ever used, but the lofty speech, a product of Chinese culture, is still the Buddhadharma.

Many scholars have argued that if the Mahayana had not arisen about a hundred years after the passing away of the Buddha, Buddhism would not have become a world religion. It would have remained a regional religion, the religion of the southeast Asian countries.

Every Buddhist should study the Theravada suttas to learn the Four Noble Truths and the Eightfold Path (which is the Fourth Noble Truth). The Tipitaka (the Three Baskets) of the Vinaya (rules of discipline), the Suttas, and the Abhidharma have been preserved by the Theravadans from the days of the Buddha and they are a treasure. But the whole of Buddhism contains the Mahayana sutras as well. 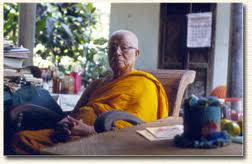 What the Buddha Taught is not a sutra, but it is probably the most-read book on Buddhism in the Western world. It has been criticized as being dry, academic and non-inspirational but it includes the basics of what the Buddha taught so it is a good book to read before beginning sutra study.

The sutta pitaka (sutra basket) is the first of the three baskets (tripitaka) that collectively form the Buddhist canon.

The second basket, the vinaya pitaka, is that of discipline, specifically the monastic rules to which monks and nuns must adhere when interacting with each other and members of the laity.

No amount of intellectual reasoning will allow us to experience dependent origination. When we experience the four jhanas and the four immaterial attainments, followed by the dharma realm of Nirvana, that of cessation of neither perception nor non-perception, we then experience dependent origination both forward and backward and that means Buddhahood, the first dharma realm, has been realized. (But the “I” is utterly dissolved and there is no “I” that attains Nirvana).

In the Theravada suttas, Nirvana is not considered one of the dharma realms. It is not a plane of existence.

The Zen Sect, because it is highly disciplined and stresses meditation more than sutta or sutra study or chanting, is considered by some Buddhists to be a radical sect. It’s true that many meditation techniques are designed to make it to the top of the mountain by spiraling round and round, gradually ascending with great strain like a train gradually gaining elevation. Zen, however, has been compared to a rocket that blasts off and goes straight up, bursting through the clouds into the sky.

One of the great shortcomings of American Zen, however, is its lack of emphasis on following precepts and engaging in sutta study. Buddhists who study the suttas to the exclusion of meditation are making a mistake; meditation must be practiced. However, Buddhists who meditate without sutta study are also missing the boat. It’s futile to meditate in total ignorance of the suttas.

Some teachers even teach their students to ignore meditation for years, teaching them to concentrate on sutra study. The theory is that by the time the student begins meditation, the amount of time spent in meditation will be nominal because the student’s mind will be close to enlightenment thanks to the effects of the sutra study.

Enlightenment doesn’t happen magically. The conditions have to be ripe. Those who study without meditation and those who meditate without study have not created the conditions that allow awakening to occur.

Daily sutta/sutra reading, preferably near the end of the day, will become second nature.

In our previous lives, we skipped sutta/sutra study. That’s why we have to do it now. We failed to awaken to Buddhahood then because we deemed such practice unimportant. Now we know better.

The Mahayana sutras include The Diamond Sutra, The Shurangama Sutra, The Lotus Sutra, The Avatamsaka Sutra (chapter 26 of which forms the basis for the ox-herding pictures), The Lankavatara Sutra, The Heart Sutra, and many others.

On a personal note, if I were to own only two (2) books, they would be Ajahn Brahm’s Mindfulness, Bliss and Beyond and the Avatamsaka Sutra, also known as the Flower Ornament Sutra or the Flower Garland Sutra. No two books could be so different from one another. Ajahn Brahm’s book is filled with concrete, practical instructions that anyone can follow. The Flower Ornament Sutra includes no instructions whatsoever. It is highly abstract, mind-numbing, and endless. It has thirty-nine lengthy chapters. On my Kindle, chapter twenty-five, the longest one, takes 404 pages. But reading it is magical; it transforms the mind of the reader and is one of the greatest products of the human mind.

The Mahayana texts represent the evolution of the original texts. The Theravada school rejects the Mahayana sutras, but almost every talk I’ve heard given by a Theravada teacher includes at least one Zen teaching. The schools are not really that far apart.

In addition to sutta and sutra reading, we also recommend How the Swans Came to the Lake and The Buddha and the Sahibs. These books have no Buddhist teachings but tell the story of how Buddhism came to the West. Despite similar objectives, the two books include little overlap. The former introduces us to many of the major Buddhist organizations that are active today and the latter tells the amazing story of how British officials uncovered India’s forgotten Buddhist past.

Koan study requires close teacher/student collaboration. However, an advanced practitioner can benefit from reading koan collections such as The Blue Cliff Record, The Mumonkan, (The Gateless Gate), The Book of Serenity, (Shoyoroku), The Shobogenzo, (Treasury of the True Dharma Eye), and books such as Sitting With Koans by John Daido Loori.

Zen and the Sutras