Seeking the Ox requires that we persist in the practice even when we become discouraged. Buddhist scholars have commented that Seeking the Ox doesn’t begin until the urge to give up has been overcome. And that most people give up.

However, if we persist in the Beginning Zen practices every day for a long time, we are at least seeking the ox.

If we can keep our daily practice schedule, perhaps for multiple lifetimes, we will attain Buddhahood. But even the Buddha continued practicing after his great awakening.

And realizing Buddhahood requires a pure mind, not a mind that is quite pure.

Most of us have minds that are too defiled to perform all ten of these steps to perfection. However, with sustained practice, awakening can happen.

How well we cultivate wholesome states will determine whether and when awakening occurs.

Fail to follow the precepts or hold the Buddhadharma in contempt and we can kiss enlightenment goodbye.

But if we cultivate wholesome states all day long, not just when on the cushion, we “will come to growth, increase, and fulfillment in this Dhamma and Discipline.”

The classic explanation of Seeking the Ox refers to the difficulties a beginner experiences as he or she perseveres with the practice. Most beginners never reach this point. They develop pains from sitting and they quit. They never seek the ox.

To seek the Ox means to persevere when it seems that no progress is being made. Right when we decide to quit, we begin seeking the ox if we don’t.

We have not reached even the first jhana at this point, of course. Instead of being awash in bliss, we are more awash in physical pain that accompanies long hours of sitting. When the going gets tough, the tough persevere and start seeking the ox.

When we begin a meditation practice, we are told to return to the practice whenever we start daydreaming. The same applies to all of Zen practice. When we reach a point beyond which it seems we cannot transcend, we return to step one, cultivating happiness and mindfulness through Present Moment Awareness to transcend the tenth dharma realm.

We then move on to step two, practicing loving kindness meditation, transcending the ninth dharma realm. We cultivate happiness and loving kindness and generosity through Silent Present Moment Awareness and follow the sixteen steps of Tranquil Wisdom meditation every day, twice a day, until one day the bottom of the bucket drops out and we reach the source.

The final step of Returning To The Marketplace is then the easiest step of all; it comes naturally. One for whom the bottom has dropped out will naturally become a teacher in order to fulfill the ancient vow of liberating all sentient beings.

We seek the ox, find its footprints, glimpse the ox, catch it, tame it, ride it home, and forget it. Then we forget the self, reach the source and return to the marketplace. And if our practice is authentic, we repeat those ten steps until the practice cultivates itself without beginning and without end.

Although we don’t practice to get benefits, by patiently working on each step of this program, those with whom we come into contact may reap the benefits of our practice. One cannot follow the steps outlined here without becoming more kind to people, animals, insects, and the non-sentient world. We will naturally find ourselves becoming more environmentally conscious as well as awakening begins to manifest itself. 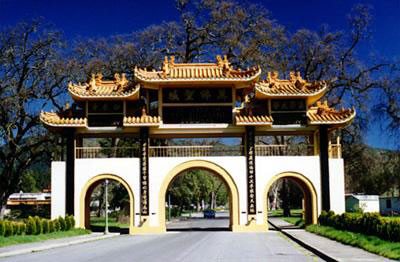 Those of us who go through this course many times, until it becomes second nature to practice all ten steps every day, and to attend sesshins whenever we can, do not become enlightened teachers by doing so. Again, we are merely creating the conditions within which awakening may occur.

In the Rinzai tradition, we must be tested by a sanctioned teacher before our awakening can be confirmed. There are small awakenings, large awakenings, and an infinite degree of awakenings therebetween. What one may think is a major awakening experience may actually be quite small.

As beginners, we do not qualify as teachers. But we can practice Zen every day and encourage others to do the same by introducing them to these ten easy steps. We can refer others to this website, for example.

Sharing the Buddhadharma with others is also a form of giving, the first of the six perfections (paramitas) practiced by Buddhas-to-be (Bodhisattvas).

Those who have persisted in this course until it becomes second nature are qualified to share this course with others.

The Zen sect of Buddhism traces its origins to a story that, most admit, probably never happened. The Buddha stood before a multitude of monks who had assembled at the Vulture Peak in India to hear him speak. Instead of speaking, he held up a Golden Lotus. Of all the monks present, only Mahakashapa got it. He smiled, the Buddha handed him the flower, and the sermon was over. The Buddha had transmitted the Buddha Dharma to Mahakashapa without words and Zen became known as the teaching that does not rely upon words.

A lovely story, but it doesn’t appear in the Pali canon so it is probably apocryphal. The Nichiren sect really hates the story, saying it was designed to prevent people from studying the sutras, specifically the Lotus sutra.

But it makes an important point, that not even an avalanche of words can convey the deepest of meanings. The perfect Zen website is the one that was never uploaded. The most beautiful music is silence. The most enlightened words are no words at all.

We see the outside world as a huge collection of diverse objects and we see our inside world as the subject that perceives those objects. But the self we think we know is just another object. As we detach from our fascination with objects and draw deeper into our subjective self by the dint of persistent practice, we realize that the objects were just projections of our own minds. And that includes our view of our selves.

Buddha nature does not belong to Buddhists. It could just as well be called Original nature. Buddhist teachers of old called it Your Face Before Your Parents Were Born. After all, our Buddha nature was there long before our parents were born. Time has no beginning or end and no one owns it and  that is true of Buddha nature as well.

As soon as we try to describe what Zen is, we have stumbled past it. But perhaps we have to stumble past it at least a few times just to realize what we have done – unleashed a cavalcade of words and thoughts, stumbling past enlightenment while as clueless as Wily E. Coyote contemplating a burning fuse (Thank you Dan Ruth). As we follow the steps of this course on a daily basis, perhaps we will become less clueless. 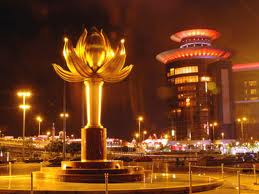 We promised on the Home page to reveal the meaning of:

“What is the deepest wisdom of Buddhism?” Answer: “The cypress tree in the courtyard!” (Or “vast emptiness.”)

Using our intellect, the answer is:

The tree really is demonstrating the deepest wisdom of Buddhism. The tree is practicing Silent Present Moment Awareness. While standing by the Still Forest Pool. Perhaps it is in the jhanas, the immaterial attainments, or Nirvana.

If it is chopped down, it will fall over, without complaint, without clinging to what used to be.

As it lies on its side, decaying into the forest, or hauled off to a lumberyard to be made into kitchen cabinets, it stays in Silent Present Moment Awareness by the Still Forest Pool, in Nirvana, not preferring one moment over another. It is always now, and now is always It.

Try giving that intellectual answer to your Sensei at dokusan and then observe the flight path of your body as you are booted from the dokusan room.

The real answer is: The meaning is unfigureoutable by thinking with a discriminating brain. We cannot think or reason our way into Nirvana. We practice until we realize that things are things because of mind and mind is mind because of things. And then we laugh at how stupid we were to think that objective things were observed by a subjective mind when in fact there are no two things, i.e., no object, no subject.

The human dharma realm! What was that all about?

But he or she might still give us a swift kick in the butt to send us out of the dokusan room, just for the fun of it.

May we all enter the stream! 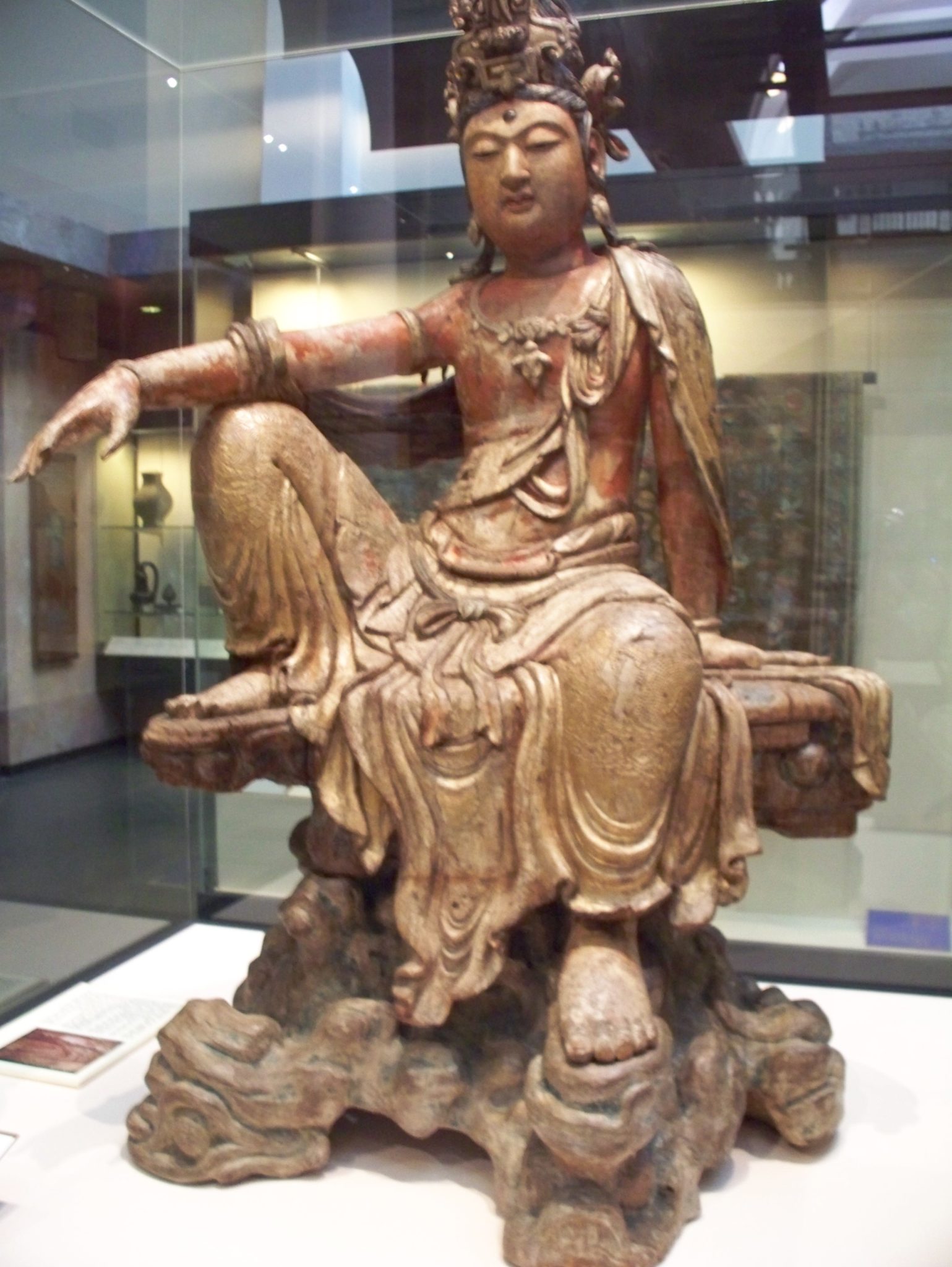