When we have cultivated happiness, loving kindness, generosity, the precepts, learned the chants, performed Buddha Name Recitation, when we have taken refuge and performed prostrations, studied the most fundamental sutras, and have established a yaza practice, we are ready to start helping others in their practice.

When we sit with a group we are performing a bodhisattva service. Everyone who participates in a group sitting supports the others.

However, sitting with a group for a couple of hours once a week is the minimum service we can provide.

The Buddha said that from time to time, we need to sit for an extended period of time. Near the end of the Anapanasati Sutta, he famously mentioned seven days of continuous meditation as the period of time required to enter the stream.

Since that time, millions of people have attended seven day retreats, known in the States by the Japanese name sesshin. Venerable Ajahn Brahm says that the reason most of those people did not awaken was because they did not follow the Buddha’s instruction to “put mindfulness in front of you” as an integral part of each sitting.

However, people who attend lengthy sesshins early in their practice usually quit practicing altogether; I have known several people who started off with a four day sesshin, never to be heard from again.

A strong foundation should be in place before a lengthy sesshin is attempted. We recommend starting with a home sitting practice, then joining a group (while continuing the daily home practice, of course), and then moving on to single day sittings (zazenkai) or weekend sittings.

After a few weekend sesshins, we will be ready for a four day sesshin and after a few of those we can attend a full seven day sesshin.

Yaza is encouraged at sesshins, but we probably should not attempt yaza during our first sesshin unless we have a teacher who encourages us to stay up late for additional practice. Many of us are ready to collapse after a sesshin day, especially during the first few sesshins.

I have attended twenty six four day sesshins and have never attended a seven day one. As a registered patent attorney workaholic, if I can arrange to get seven days off I visit my sister in Oahu. But at least I spend some time with meditation groups there!

Sesshin attendees should have a full, well-rounded practice. When we have developed a strong morning and yaza practice at home, and have attended multiple one day and weekend sesshins, then we are at least ready for a four day sesshin.

Sesshin is Japanese for “collecting the heart.” It is often called Zen boot camp because it is rigorous. In the states, sesshin typically begins at 5:00 AM and continues until 9:30 PM for several days.

A four day sesshin will begin on a Wednesday evening, for example, and end on the following Sunday afternoon. On Wednesday evening, everyone gathers for an orientation meeting where the various rules of sesshin are reviewed. The orientation is followed by a round or two of sitting, often accompanied by a brief tea ceremony. Here is a typical four day sesshin schedule. We can try a day or two of following the schedule at home before attending a real sesshin.

Thursday morning begins with a wake-up bell and everyone gathers for a brisk morning walk at 5:15. Known by the Japanese term “kinhin” mentioned earlier, this is a fast-paced single file walk through the grounds of the sesshin location. If we can walk quickly for ten or fifteen minutes, we will have no problem keeping up. We can train for such a walk a few weeks or maybe even a few months before attending a sesshin.

At 5:30 AM after the morning kinhin, we drink some water and enter the zendo for one round of sitting, typically 35 minutes. Then we can expect a chanting period where the Heart Sutra and the Hsin Hsin Ming (Affirming Faith in Mind) are chanted, along with one or two other chants.

Chanting is typically followed by two 35 minute rounds of sitting, spaced apart by six or seven minutes of single file kinhin, and then it’s time for breakfast. The meal chants are included in RZC chant book.

About the only times our hands are not in the kinhin position is when leaving the zendo for a formal meal. Everyone files out of the zendo in single file, as during a kinhin, but the hands are in gassho (palm-to-palm, the “praying hands posture,” with the thumbs centered on the chest and the elbows bent just as in kinhin) instead of the kinhin position.

A work period of about forty five (45) minutes follows breakfast. We will be assigned a job such as sweeping, vacuuming, mopping, etc. The work period is followed by an hour of rest where we are free to sleep.

Next comes three rounds of sitting, separated only by kinhins. Dokusan is typically offered. Then there is an exercise period where an advanced student will lead stretching or yoga exercises, followed by an extended kinhin, another sitting, and supper. 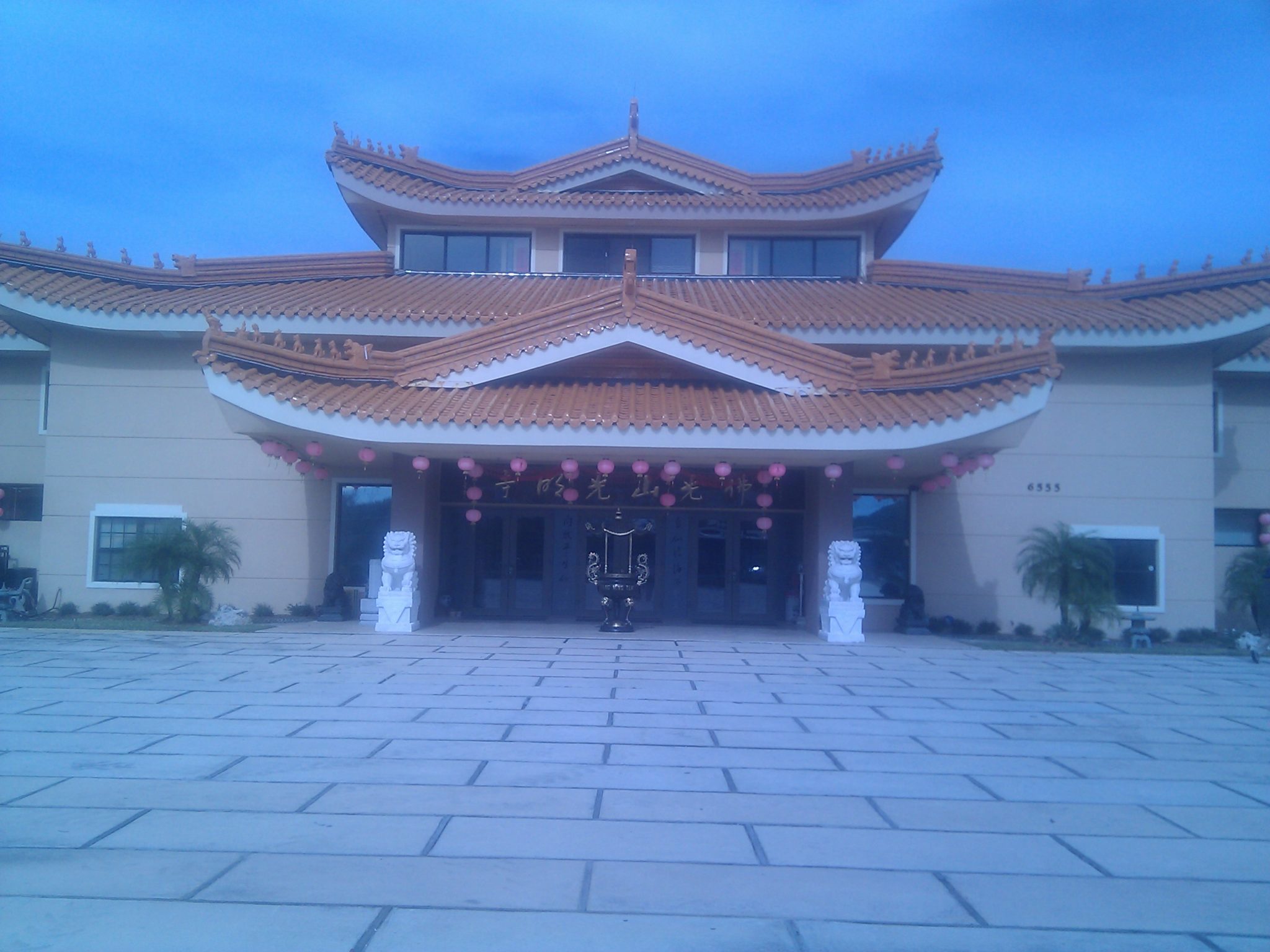 Supper is followed by the final rest period of the day and the day ends with three more sittings after that rest period. Dokusan is usually offered during these last three rounds of sitting as well. The final sitting ends around 9:30 PM.

However, many teachers urge sesshin participants to stay up and practice as long as they can, foregoing sleep. That’s yaza practice. Snacks are available for those who meditate throughout the night. Unless we have become a very advanced practitioner, we will probably need all the sleep we can get to be ready for the next day.

What does a Buddha do? A Buddha sits in meditation. Morning and evening.

The meditation doesn’t end when the bell rings and we stand up to bow and begin kinhin. Nor does it end when the sesshin ends and we drive home or to a post-sesshin meal at a restaurant.

If we have honestly followed this program up to this point, we will understand what is meant by: “Sesshin never ends.”

We should attend as many sesshins as we can. By doing so, we are helping others in their practice, and, obviously, they are helping us. We can never practice alone as intensely as we practice with others.

Some sesshins are tougher than others. At The City of Ten Thousand Buddhas, the first sitting of the day is 2:30 AM and the day ends at midnight. But even an “easy” 5:30 AM to 9:30 PM four day sesshin can be quite a challenge.

At Japan’s Eiheiji Temple, founded by Master Dogen, sesshins are very strict, as is daily life at the temple. See Eat Sleep Sit.

If there is no sitting group near us, we can start one by using Meetup.com or Facebook and meeting at a place like Starbuck’s or Panera Bread, for example, until the group is big enough to rent or buy a practice center. We do not recommend meeting at full service restaurants; coffee shops are best. The Meetup group continues to meet so that new members are continually welcomed into the practice center.

Sangha is a Sanskrit word defined as a community of monks or nuns. In the U.S., we use the word loosely to include a sitting group of lay people. Places like Starbuck’s and Panera Bread are perfect spots for a Meetup group but of course such locations are not suitable for the practice of sitting meditation.

The Meetup group can discuss practice but the formation of a sangha requires a meeting place where practice is appropriate.

Buddhism is changed by every culture that practices it. In the States, Buddhism has changed in three major ways from Asian Buddhism.

First, Americans have no Buddhist heritage and are not concerned with the Asian division of Buddhism into Northern School Mahayana practiced in China, Japan, Korea, Mongolia, Tibet and most of Viet Nam and Southern School Theravada practiced in Sri Lanka, Burma, Thailand, Cambodia, Laos and parts of Viet Nam along the Cambodian border.

The division of Buddhism in Asia into two major schools was based primarily upon geographical separation and cultural differences. In the States, Mahayana and Theravada groups attend each other’s events and individuals move freely between the groups.

A good sitting group, in my opinion, welcomes teachers from all traditions and avoids connection to a particular teacher who bars other teachers from the premises and wants to control even trivial matters.

Ch’an/Zen Master Hsuan Hua has worked in profound ways with the Theravada community, even to the point of donating land for use as a monastery. He once remarked that he had practiced in previous lifetimes with Ajahn Sumedo.

Secondly, Buddhism in the States is primarily a lay movement. There are very few people who qualify for the title Sensei or Roshi; the vast majority of practitioners are lay people. In Asia, few lay people who self-identify as Buddhists practice daily meditation and Buddhism is known primarily as a monastic practice.

However, at least a few American Buddhists are working to establish monastaries in the U.S.

When in Japan on business, I usually mention to my Japanese counterparts that I enjoy visiting and meditating in temples (few monasteries are equipped for visitors). When I tell them I meditate daily at home and that most of my friends do the same thing, even though none of us are monastics, they are simply flabbergasted. “Why, why?” they ask. Then they explain that it is the job of monks and nuns to meditate and to dedicate the merit thereby gained to lay people. Therefore, lay people do not need to meditate and if one does meditate as a lay person, it is as if they do not trust the monastic community to do its job. 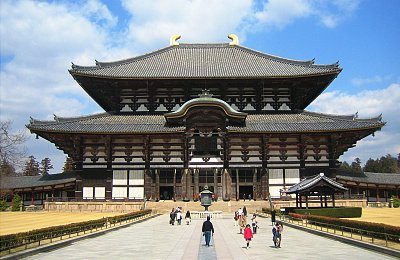 Thirdly, men and women practice together in the States. Asian Buddhism is primarily segregated due to its monastic nature.

So we can also help others in their practice by forming sitting groups if no local group exists. See How To Start A Sitting Group.

The Golden Age of Zen: Zen Masters of the Tang Dynasty