Step Eight – Both Self and Ox Forgotten

Whip, rope, person, and bull — all merge in No-Thing. This heaven is so vast no message can stain it. How may a snowflake exist in a raging fire? Here are the footprints of the patriarchs.

Both Self and Ox Forgotten

The central practice is to apply the super power mindfulness developed by the above steps to the Doctrine of Dependent Arising.

However, Pratyeka Buddhas can also arise when there is a Buddha in the world. They are then considered to be beings enlightened by conditions.

Just as the realm of the hungry ghost is perhaps best understood as being a transitional realm between the hell realm and the animal realm, we can also think of the Pratyekabuddhas as occupying a realm above that of the Arhats but below that of the Bodhisattvas.

Master Yasutani says: At the eighth stage, we come to realize the fact that this “I” (self), which has been seeking, and the essential self (ox), which has been the object of our search, did not exist at all. Thus, both self and ox are forgotten.

This isn’t the kind of statement we can understand with the critical thinking mind. For us to say that neither we nor our minds exist is nonsense to our rational, thinking mind.

The original set of the Ox-Herding Pictures ended with the eighth “drawing.” It was a blank space, indicating that anything that was depicted about the eighth and final stage would be misleading.

“This heaven is so vast, no message can stain it” means that any words or drawings about the eighth and final stage were meaningless. Words and drawings are mere snowflakes that can’t exist in a raging fire.

The circle (enso) indicating no beginning of practice and no ending to enlightenment was added as the eighth drawing when the eight Ox-Herding Pictures were augmented to include the ninth and tenth drawings.

Apparently, the augmentation took place when someone decided that forgetting the self and the ox, i.e., eliminating the duality between self and goal, placed the practitioner not in nirvana but in the neighborhood of nirvana.

The ninth step of reaching or returning to the source was added as was the tenth step of returning to the marketplace to indicate that the ideal of the Bodhisattva – teaching and helping others while refraining from entering into Nirvana until all others have done so as a result of such teaching – was the true final step, not Buddahood.

A Bodhisattva, however, is a Buddha-to-be, so it is hard to see how a future Buddha is to be more revered than an actual Buddha. And the Mahayana assertion that a Theravada Buddha vanishes and becomes meaningless but that a Mahayana Buddha returns to teach and to rescue beings from the hell realms – which a Theravada Buddha supposedly doesn’t do – seems to emanate from an ill will toward the “Hinayana.”

I have attended so-called Buddhist events at Thai (Theravada) temples where the slaughtered bodies of animals are served up in copious quantities, and I certainly understand the origins of the Mahayana disdain for the Theravadans.

If the Theravadans would start following the precept against killing, the two major schools of Buddhism could re-unite. Both schools could then practice Theravada tranquil wisdom meditation to develop the super power mindfulness needed to see the doctrine of dependent arising, both forward and backward, and to solve Mahayana/Zen koans.

Just as the Christians have limited “Thou Shalt Not Kill” by interpreting that commandment to mean “Thou Shalt Not Kill Human Beings And Even That Is OK When The Government Wants A War And Thou Shalt Kill All Animals That Thou Thinketh To Be Tasty When Cooked,” (real carnivores eat meat raw) so have the Theravadans limited the first precept to non-killing of human beings.

The hyperlinked article is lengthy but well worthy of our study at the Advanced Zen level. It is also available in book form under the title Dependent Origination: Buddhist Law of Conditionality.

In a verbal way, this is the doctrine in the forward or arising direction:

Here is the doctrine in the ceasing direction:

The Buddha defined Nirvana as the highest happiness. 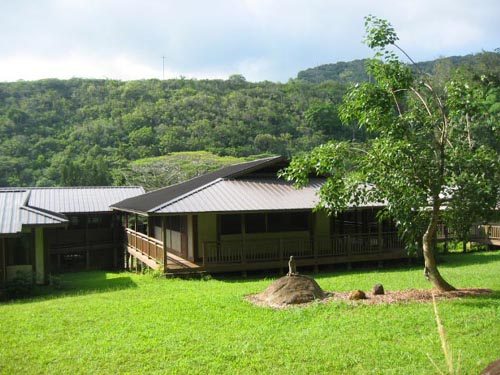 Insight Meditation: The Practice of Freedom